If you are looking for a nice change you would Visitors can play once. This fun online slot has just been released by ELK Studios. Visitors from outer space have arrived in a secret village. They're about to turn life upside down with UFO Cow Abductions featuring a three respin modes with different modifications and an Alien Invasion bonus game played with 25 mini reels to collect multipliers of up to x4. Are you ready to up to Win 10.000 times your stake?

A quaint village hidden in the hills becomes the target of an alien invasion. Although they are not the violent kind to conquer a new planet. They are a comical group that like to play pranks on the villagers, kidnap their cows or set things on fire. This village is in the background of the square game window with a meandering stream and roads connecting it. It turns into a nighttime setting when the villagers deploy their defensive weapons to ward off the nasty aliens.

Visitors is a five reel, five row, and 3.125 ways to win video slot. Payments are only awarded for three to five matching symbols landing from left to right on adjacent reels. You can play the alien reel mayhem on desktop and mobile from 0,20 to 100 credits per spin. The game has a high volatility (8/10) with an RTP of 96,10% and a maximum payout of 10.000X the stake.

Symbols of the game

The reward symbols begin with artistic card royals from 10 to A. This awards 0,20x to 0,40x your stake for a single six of a kind. They are followed by water fountains and four houses in green, pink, orange and red. A striking icon marked with the word itself is the wild symbol, which replaces all regular pay symbols. Aliens on reels one and five activate the respin function while a flying saucer marked 'Bonus' acts as scatters.

The creative people at Elk Studios are good for a surprise at any time. That's why we always look forward to what comes out of their guessing kitchen next. This time it is a comical adventure with a secret village invaded by aliens. They also like to make jokes such as kidnapping cows. But also expanding houses and setting things on fire. It seems they did a great job integrating the storyline into the gameplay with multiple modifications and a bonus game.

Play this game at Betchan casino for real money Hitting three scatters anywhere on reels one, three and five will trigger the Alien Invasion Free Spins bonus game. Now you can win more free spins during the round. All symbols are removed from the reels. Only the green spaces at the beginning and each of the 25 positions spins independently as a mini-roll. Five free spins indicated by rockets at the top of the game window are awarded to land silver or gold spaceships.

Each silver ship that appears pays a coin win of 1x your stake. It also adds +1 free spin and builds a wall around the position with a x2 starting bet multiplier. Should another stop in the same position, he will again award a coin win of 1x bet. That too will be multiplied by the current multiplier on the wall. Only +1 free spin will be retriggered, regardless of how many spaceships land during a spin.

And there is more. After the current winnings are paid out, the multiplier will be doubled each time up to a maximum of x4.096. Vertically adjacent walled positions are connected to the highest bet multiplier. Landing a golden spaceship in any position will not earn a coin profit or build a walled position. It does, however, double all betting multipliers on the grid. The maximum winning potential is capped at 10.000 times your stake. The bonus game ends when you run out of free spins or reach the winning limit.

Visitors is another great fun game by the Swedish studio. They know how to combine a comical storyline with a very fleeting gameplay. The features are activated often enough to keep players in suspense. But the bonus game in particular can give you super mega wins at every opportunity. The base game modifiers often don't lead to big or mega wins, but the bonus game usually pays well. Play this game Lucky days of Betchan for the most chance of winning because of the good bonus you get there. 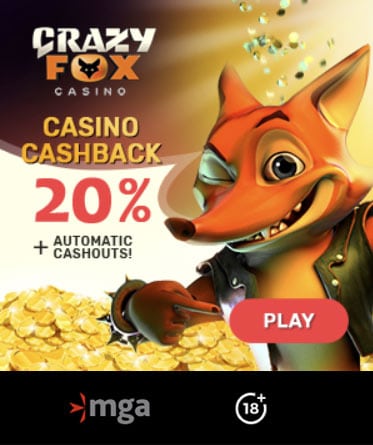 Casino of the month: